On the slope of Briņķi ​​Hill in Pedvāle Art Park, opposite the town of Sabile, a monumental environmental art object "Meeting" by sculptor Ojārs Feldbergs is being created, which is a dedicatation to the 100th anniversary of the Constitutional Assembly of the Republic of Latvia on May 1, 2020. 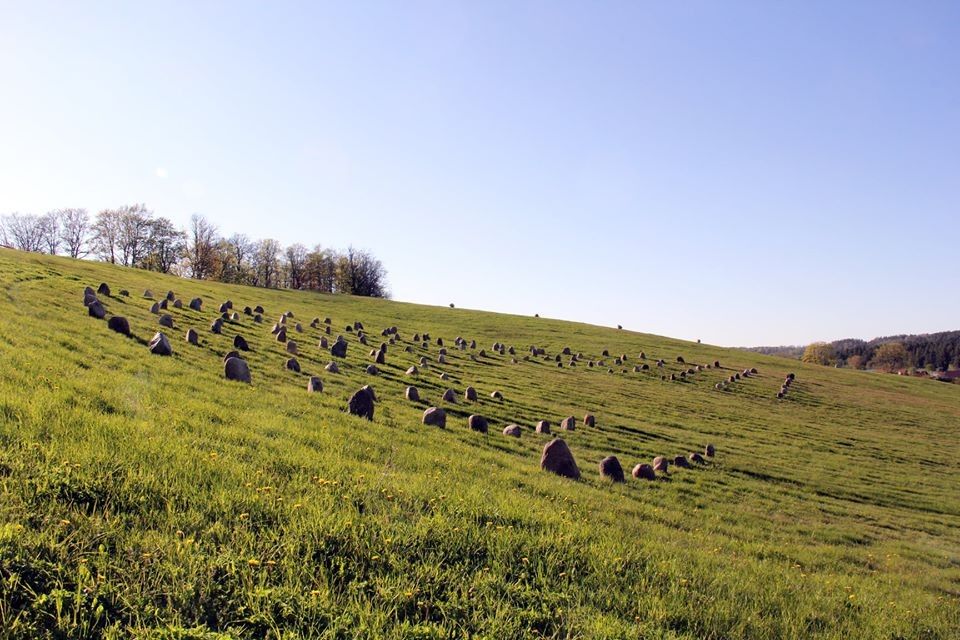 Currently, the 150 boulders that make up the composition of the object "Meeting" have symbolically gathered on the slope of Briņķi ​​Hill in Pedvāle Art Park, while on May 1 at 13 o’clock – at the time when the 1st session of the Constitutional Assembly took place in 1920 – the work on the composition will be symbolically started.

The stones will be placed in a semicircle according to the seating arrangement of the meeting room. Each stone symbolizes one member of parliament.

The composition will occupy an area of ​​100m x 50m with a total weight of stones of about 125 tons. The environmental art object "Meeting" will be visible from a distance as well as in close-up, when walking between the stones or sitting on them and observing the surrounding landscape. 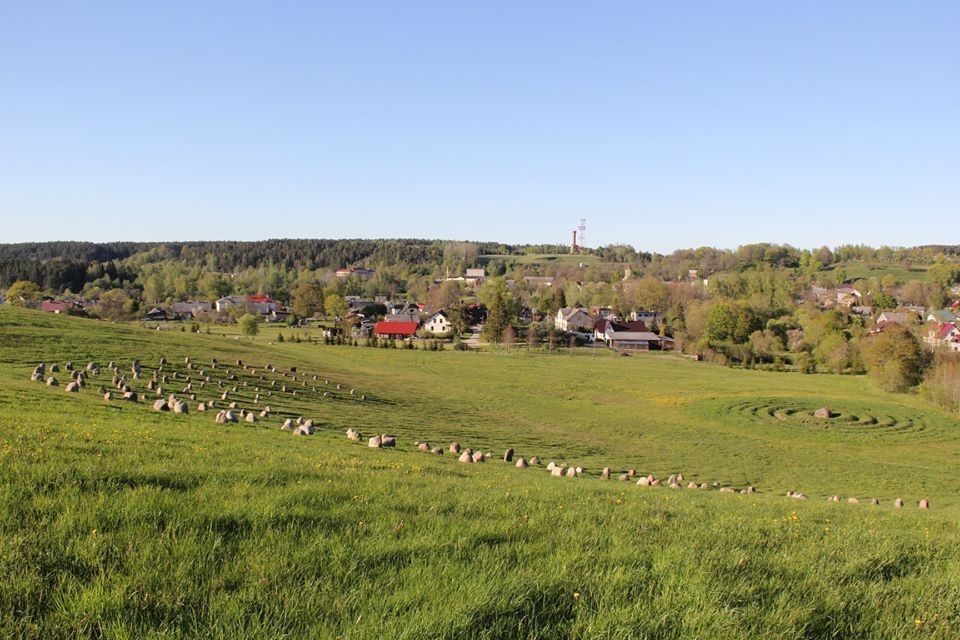 In the memoirs "The Years of Latvia’s Independence" by the politician Ādolfs Klīve, it is written: "As the Chairman of the Central Election Commission, I was one of the first to receive the news that at the Constitutional Assembly on 17-18 April 1920, the citizenship has won by a large majority. This meant that Latvia was guaranteed a decision on full independence, which I had advocated from the first day of my political activity. The youth of the twenties of the 20th century had ended the big, centuries-old struggle for freedom, with proud victories on the battlefield, the middle generation – with political success and the whole nation – by electing its Constitutional Assembly in general, equal, direct, secret, proportional and free elections. (–) The Central Election Commission made a formal decision and invited the elected members of parliament to the first session of the Constitutional Assembly on 1 May at one o’clock in the former nobility house in Riga."

The environmental art object "Meeting" is created with the support of the target programme of the State Culture Capital Foundation "Latvia – 100".