“A Latvian. 100 National Peculiarities”, a book authored and annotated by Ilmārs Šlāpins, is a story about Latvians, a guide to the bright-grey citizen of this country. The book was written under the auspices of curd snack Kārums, collating the most characteristic traits of typical Latvians – watching them, listening how they speak, analyzing their beliefs – to discover the true image of centenary Latvians. 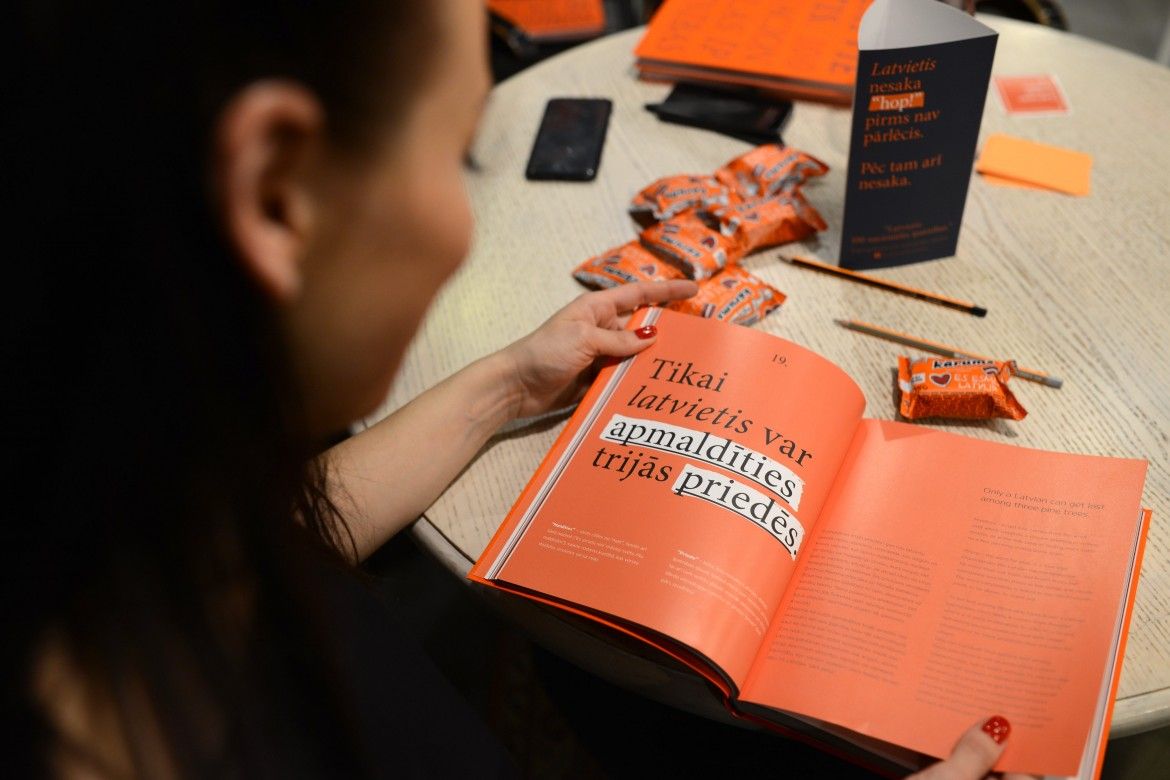 Curd snack Kārums, supported by Latvia’s leading dairy company Food Union, asked typical Latvians to share their characteristic traits, which is how the captivating guide to Latvianity came about. “A Latvian. 100 National Peculiarities” offers an intelligent and witty take on Latvians who believe that a broken dish will bring good luck while a broken mirror will not, who like their tea with three sugar cubes because Latvia used to have three sugar refineries, who believe that curd snacks are the tastiest of treats and claim that they will eat anything if it comes with enough sour cream…

Ilva Veidemane, “Kārums” brand manager: “It is not always easy for us, Latvians, to explain to others why we do something the way we do, and why we are what we are. That’s where curd snacks Kārums stepped up, asking residents of Latvia to answer what is typical of Latvians. We know that Latvians do not talk much, but they are very kind and sincere with those who they know well and trust. Several thousand people responded to the #SieriņšSaprot initiative, submitting their observations and opinions of the national traits of Latvians. As a result, we now have a book that instantly appealed to residents of Latvia – in just a few weeks it became a Top 10 bestseller at Jānis Roze and Valters un Rapa book stores”.

Ilmārs Šlāpins, the author and annotator of the book:

“Every nation’s consciousness and identity are closely associated with the ability to make fun of oneself – this not only suggests national maturity, it also reveals the unique and precious qualities that unite us and make us different. Latvian sense of humor has always been a very intricate and complex mechanism that not even they can always make work or understand. By compiling, analyzing and commenting Latvians’ perception of what their most typical national traits are on the centenary of the nation, a line had to be drawn at which Latvians could joke about their pessimism, admire their uniqueness, or make a conciliatory observation about their inability to adapt to the modern-day world. What we have a result is a guide, an encyclopedia, an explanatory dictionary, a collection of jokes and aphorisms that every Latvian should have at home.”

The book’s introduction says that Latvians have always been seeking the answer to the frighteningly deep and, at the same time, touchingly naïve question “Who am I?” “A Latvian. 100 National Peculiarities” will help discover and accept themselves. The book also gives other nations a chance to get to know Latvians better. 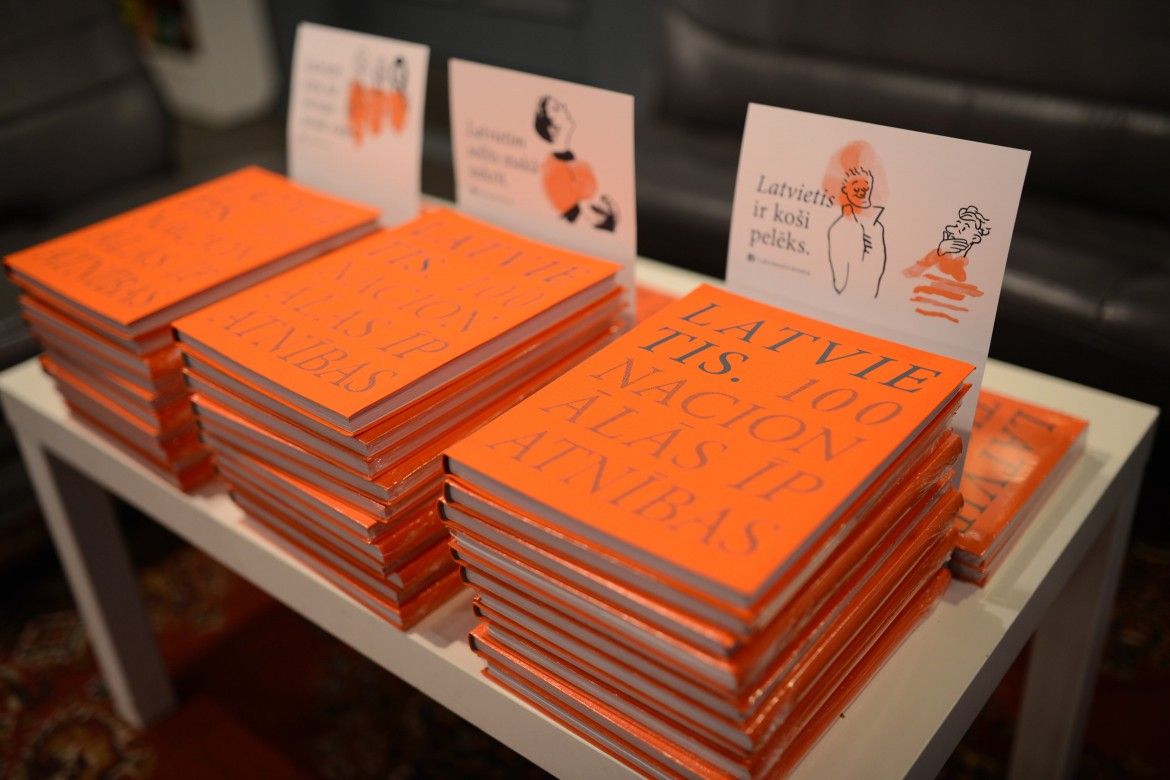 The book will be useful for historians 1000 years from now, as well as for Hollywood today, as Latvians want to be talked about in other countries, furthermore, what is said about them has to be “precise and unbiased”. 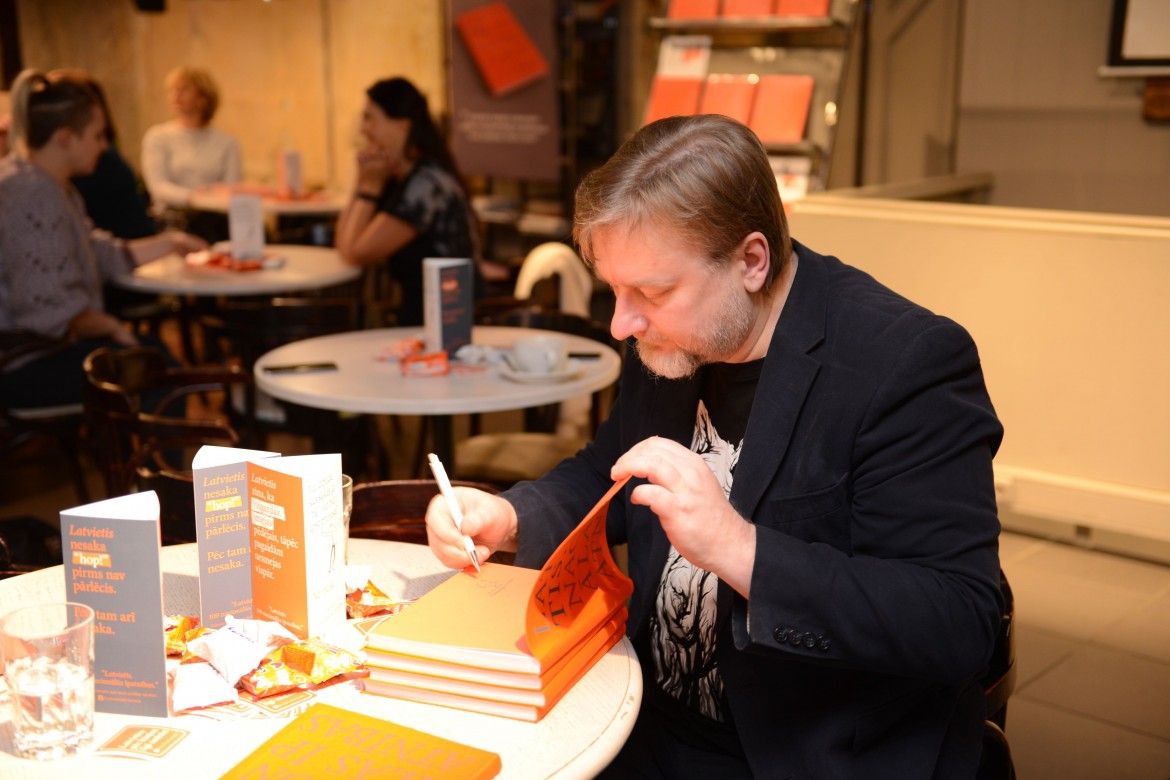 In response to curd snack Kārums initiative #SieriņšSaprot, in the summer of 2018 all fans of the snack began to share their opinions about problems, situations and sayings that characterize the Latvians of today the best, as well as their perception of themselves. Eventually, collated were 1,611 peculiarities that characterize Latvians and show how they see themselves. These include trivial matters they have to deal with on a daily basis, our worries and concerns, hopes, prejudices, beliefs, what they deem right and wrong, what they think of the country, language, work, and ourselves. But it is these little yet very important things that make them unique.