On 1 June 2017 the Latvian National Museum of Art announced that the upcoming exhibition Symbolism in Baltic Art will open at the beginning of April 2018 in one of the most influential museums in the world – the Musée d'Orsay in Paris. 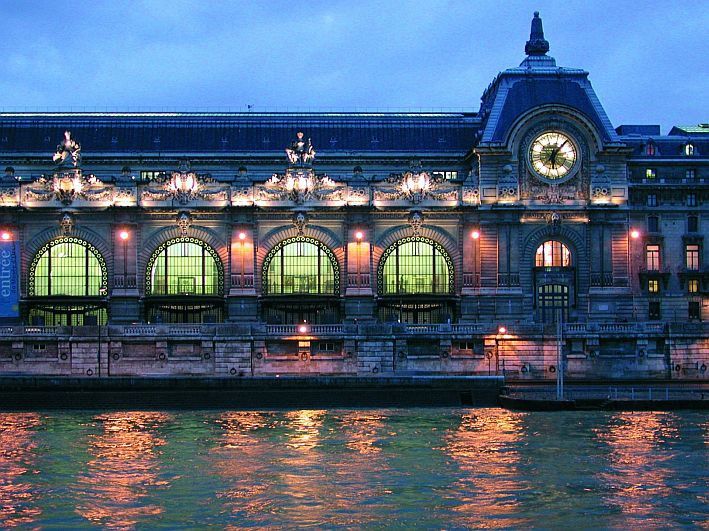 The exhibition Symbolism in Baltic Art (Le symbolisme dans l’art des pays Baltes) will be one of the most ambitious joint projects for the Baltic Centenary and among the largest centenary events to take place abroad. The Latvian National Museum of Art initiated the project which will be carried out in cooperation with its Baltic colleagues – the national art museums in Tallinn, Vilnius, and Kaunas.

The press conference was opened by Māra Lāce, Director of the Latvian National Museum of Art (LNMM), naming the place chosen for the exhibition – Europe’s cultural metropolis – Paris: “The exhibition will be open to the public from 9 April 2018 to 15 July 2018 at Musée d'Orsay, the most prestigious place to celebrate the Baltic Centenary and represent Baltic art.” 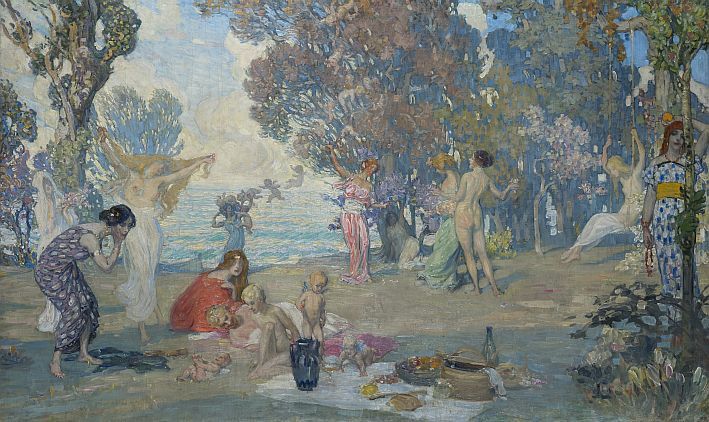 “We see this as an excellent cultural-political event and a unique collaborative project, because a collaborative Baltic art exhibition on such a grand scale has taken place only once before – in 1937, when the Baltic states worked together to create a pavilion at the International Exposition of Art and Technology in Modern Life (Exposition Internationale des Arts et Techniques dans la Vie Moderne). It is significant that next year art created before 1918 will be travelling to Paris, – these works tell the story of the period when all three Baltic states were developing their national identities,” emphasised Latvian Minister of Culture Dace Melbārde.

“We are honoured to be partners in this significant Baltic cooperation project, which will give the French audience the opportunity to discover and learn about symbolism in the art of the Baltic states. Symbolism in Baltic Art will be the first exhibition to be unveiled at the grand re-opening the newly renovated Musée d'Orsay exhibition halls in the spring 2018,’’ announced Béatrice Avanzi, curator of the Musée d'Orsay and Musée de l'Orangerie.

Exhibit curator and concept-author of the exhibition is internationally recognised European Symbolism researcher, the author of numerous books and articles, and curator of many exhibitions, Rodolphe Rapetti, who has long been interested in Baltic art. Mr Rapetti has been the Curator at the Musée d'Orsay, Director of the Strasbourg City Museums, Director of the Muséum National Jean-Jacques Henner, and Deputy Director of the Museums of France. He now serves as the Head Curator of the French National Heritage at the French Ministry of Culture and Communication. “This exhibition will provide new insight into turn-of-the-century art and serve as an introduction to the symbolists of Latvia, Estonia, and Lithuania, who represent this style of art with power and originality, but have been relatively unknown to the wider audience. I am honoured and feel a great sense of responsibility working with this project. This won’t be merely an exhibition, but a season of Baltic culture in France with a programme of many diverse accompanying event at the Musée d'Orsay,” revealed Rodolphe Rapetti.

Around 150 works of art – paintings, pastels, drawings, etchings, lithographs, and sculptures created during the period from 1890 to the 1920s – have been selected for this ambitious exhibition curated in collaboration with the four Baltic national museums – the Latvian National Museum of Art in Riga, the Art Museum of Estonia in Tallinn, the Lithuanian Art Museum in Vilnius, and the M. K. Čiurlionis National Museum of Art in Kaunas. Several of the works also date from the 1930s. The collection of the Latvian National Museum of Art will be represented by more than 50 pieces. These will also include canvases from the museum’s permanent collection by Latvian artists Janis Rozentāls, Vilhelms Purvītis, Johans Valters, Pēteris Krastiņš, and Rūdolfs Pērle. The works of such striking classics of symbolism such as Mikalojus Konstantinas Čiurlionis and Ferdinandas Ruščicas/Ferdynand Ruszczyc will travel from Lithuania to Paris, and the Estonians will show the works of outstanding artists Kristjan Raud and Konrad Vilhelm Mägi. 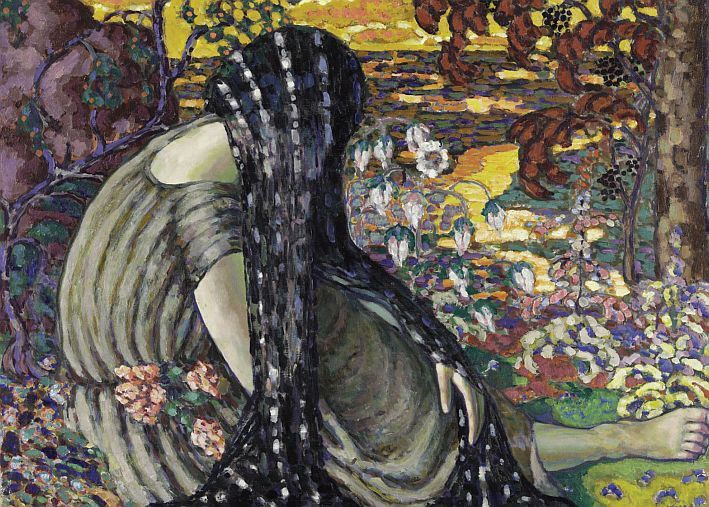 The exhibition will be structured into three parts: “Myths and Legends”, “The Soul”, “Nature”, revealing the unique creativity of Estonians, Latvians, and Lithuanians and simultaneously, in the language of myth, legend, and allegory, will depict the time when the Baltics were increasingly rapidly becoming conscious of their professional contribution to visual imagery. Most of the artists represented in the exhibition are being shown in France for the first time. The main idea of the project – to reveal to Western Europe that the art of the developing Baltic States was of high professional quality, and its characteristics were integrated with the artistic performance of European artists. Symbolism, which came into being in France in the second half of the 19th century, influenced all of European culture, including the artistic space of the Baltic states.

Chief Executive Officer of the Art Museum of Estonia Dr. Sirje Helme: “Big narratives about the modernism of the 20th century were written in Europe and elsewhere in the world, while our countries were hidden behind the iron curtain. We did not exist, we weren’t written into history, especially art history. It has been very difficult to change this situation. I am convinced that this exhibition at the Musée d'Orsay will change the opinion of society at large about Baltic art. The project about symbolism is symbolic from another aspect as well – these works of art that were created during the last century and have now arrived in Paris belong to those artists who once also made their way to Paris, or hoped to, because the city with its artistic life was the cultural centre of the world at that time.”

“I would like to express high recognition to my colleagues in Latvia who, with their enthusiasm, skills, and contacts have managed to take this big step and begin this collaboration that is so important to us all. Specifically I would like to thank my colleagues from the Latvian National Museum of Art for providing the opportunity for the Baltic states to realise this grandiose project,” said Director of the M. K. Čiurlionis National Museum of Art Osvaldas Daugelis, indicating that the exhibition’s centring power is definitely Riga.