In 2019, the centenary programme will commemorate the events that were essential to the formation of Latvia's statehood: the Freedom Battles, the founding of the Latvian army, the emergence of national and local institutions, and the unique Baltic Way campaign. Heroism and courage are the guiding values of this year's celebratory events encouraging Latvians, alongside public authorities and the armed services that protect freedom, to also honour ordinary people, modern heroes, who, often in spite of certain difficulties, choose to do their job with pride and commitment.

The 4th of May is an important milestone as it’s the date of the proclamation of the restoration of Latvia's independence. 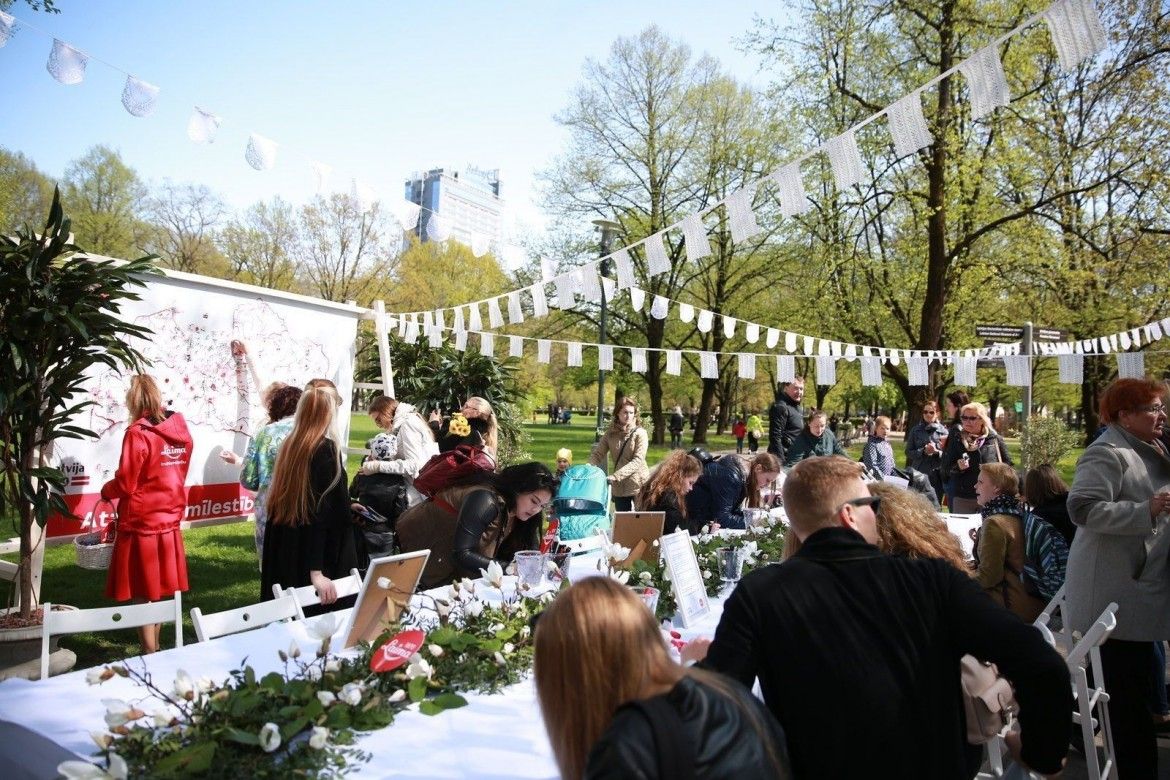 Marked by The White Tablecloth Celebration, everyone is invited to share the festive feeling at home with friends, neighbours and strangers. A large-scale museum exhibition The Latvian Century will be augmented by an exhibit of the special centenary flag and a message book that has travelled to Latvian communities all around the world over a number of years; The exposition On the Road to the State of Latvia – Serf. Landlord. Citizen will be opened at the Turaida Museum Reserve, complimented by festive concerts, a film marathon and many other events.

“Heroic actions in defending a conviction for an independent state were at the heart of the 1919 historical developments and the Freedom Battles, which formed and strengthened an independent Latvia. Polls of young people, the generation of the next century, show us that heroism in our daily lives is not simply a random act of bravery in an extreme situation. More often than not, heroes are to be found in the neighbourhood, amongst family and friends; each one of us is, and can be, a hero in his or her own way - choosing to act in situations where doing nothing is also possible, and to make life better for someone else, the community or Latvia. That's why, this year I invite us, at our white tables, to remember and honour those who chose action one hundred years ago and to take inspiration from those who are sitting beside us doing their big or small feats every day,” said Minister of Culture Dace Melbārde.

One hundred years ago, the existence of the Latvian state was forged during the War of Independence. To celebrate Latvia's victory and certain turning points during this war, significant events have been created in Cesis and Liepaja in the month of June.

On the 22nd of June in Cesis, the festive program throughout the city will be extremely diverse, taking place from dawn to dusk. Cesis' main artery - Riga Street - will be subjected to a time warp featuring many documentary performances. In the afternoon, the largest reconstruction of historic battles in the Baltics will take place in the Pirtsupīte Gully. The reconstructed historic Estonian armoured train Freedom will be a special feature of the Cēsis Battle program from the 15th to the 22nd of June. The armoured train will be at the Cēsis railway station for a week, giving everyone interested, free access to military technology as it was one hundred years ago and conversations about the struggle for freedom and co-operation between the Latvian and Estonian armies. The reconstructed armoured train will travel around Estonia throughout the year, having already become one of the most popular attractions of the Centenary in Estonia.

From the 27th to the 29th of June, a series of historical events entitled Welcoming the Saratov to Liepaja - 100 will take place in Liepāja. The central event of the three-day celebration will be a re-enactment of the arrival of the Saratov ship, including a procession. On June the 28th, a concert, With Joy and Satisfaction will take place in the square near the Customs House. The theme of ​​the concert is rooted in Kārlis Ulmanis' speech disembarking from the ship Saratov, featuring music of the time, together with rock music. Performers include the Latvian National Armed Forces Staff Orchestra, mixed choir INTIS, as well as a large line-up of musicians from Liepaja and guest ensembles (music group Skyforger, singer Ieva Akurātere, musician Ivo Fomins, etc.). On the 29th of June, Liepaja's historical quarter will be filled with events for families and children with the theme of 100 Years ago in Liepaja. The day will conclude with the Kurzeme Song Festival.

On the 23rd of August, it will be the 30th anniversary of The Baltic Way. 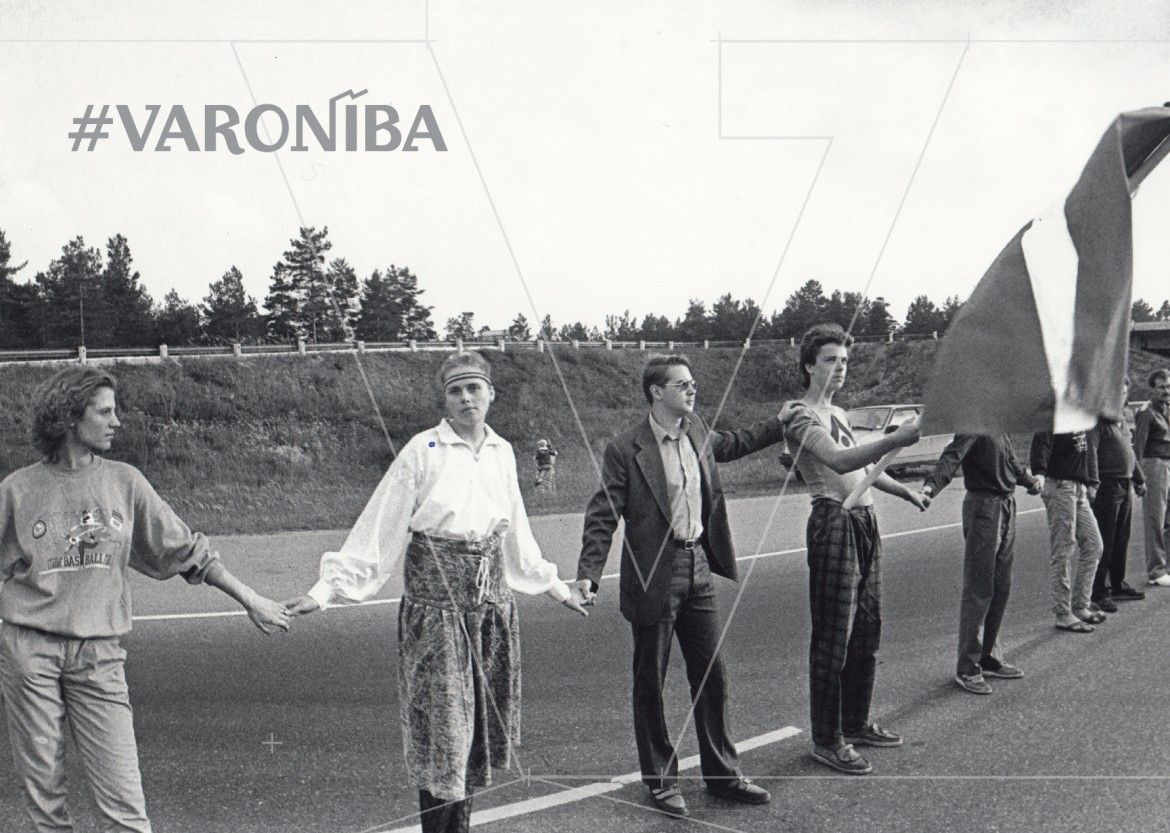 In 1989, to express their common goal of regaining the independence of the Baltic States, about two million people from Latvia, Lithuania and Estonia joined hands to form the Baltic Way, commemorating the 1939 Molotov-Ribbentrop pact between the USSR and Germany. An extensive program of events is expected in Riga and throughout Latvia. On the 22nd of August, a high-level international conference will take place at the National Library of Latvia. At 7 pm on the 23rd of August there will be a memorial event at the Freedom Monument, followed by a metal rock performance of Kurbads (son of the Mare) based on a folk tale about human will and self-fulfilment, in the evening at Lucavsala. In anticipation of the anniversary of The Baltic Way, everyone is invited to reflect on their own memories through photographs of this momentous event and add their stories of The Baltic Way to an initiative by Latvian Museums entitled The Album of the Century as part of the Latvian Century exhibition: www.latvijasgadsimts.lv/albums?lng=en.

To commemorate the centenary of the Bermontian Offensive, there will be a series of events in October and November.

On the 11th of November, Lāčplēša­­­ (Bear-slayer) Day, we pay homage to the combined victory of the soldiers, volunteers, women, young people, politicians and civil servants, not only over the enemy – the Western German Home Guard army in Riga led by Commander Pavel Bermont, but also, over the doubts of our own strength and doubts about the future of our country and its independence.

Significant events are planned for Jelgava, marking Jelgava’s release from the Bermont forces after Riga was successfully defended. The 23rd of November will see the re-construction of the battle, as well as the world premiere of Freedom; You are like an Apple Orchard, a grand oratorio by the composer Jānis Lūsens and writer Māra Zalīte.

Photographs from the opening of the Year of Heroism press conference flickr.com/photos/latvia100/albums/72157690946791053