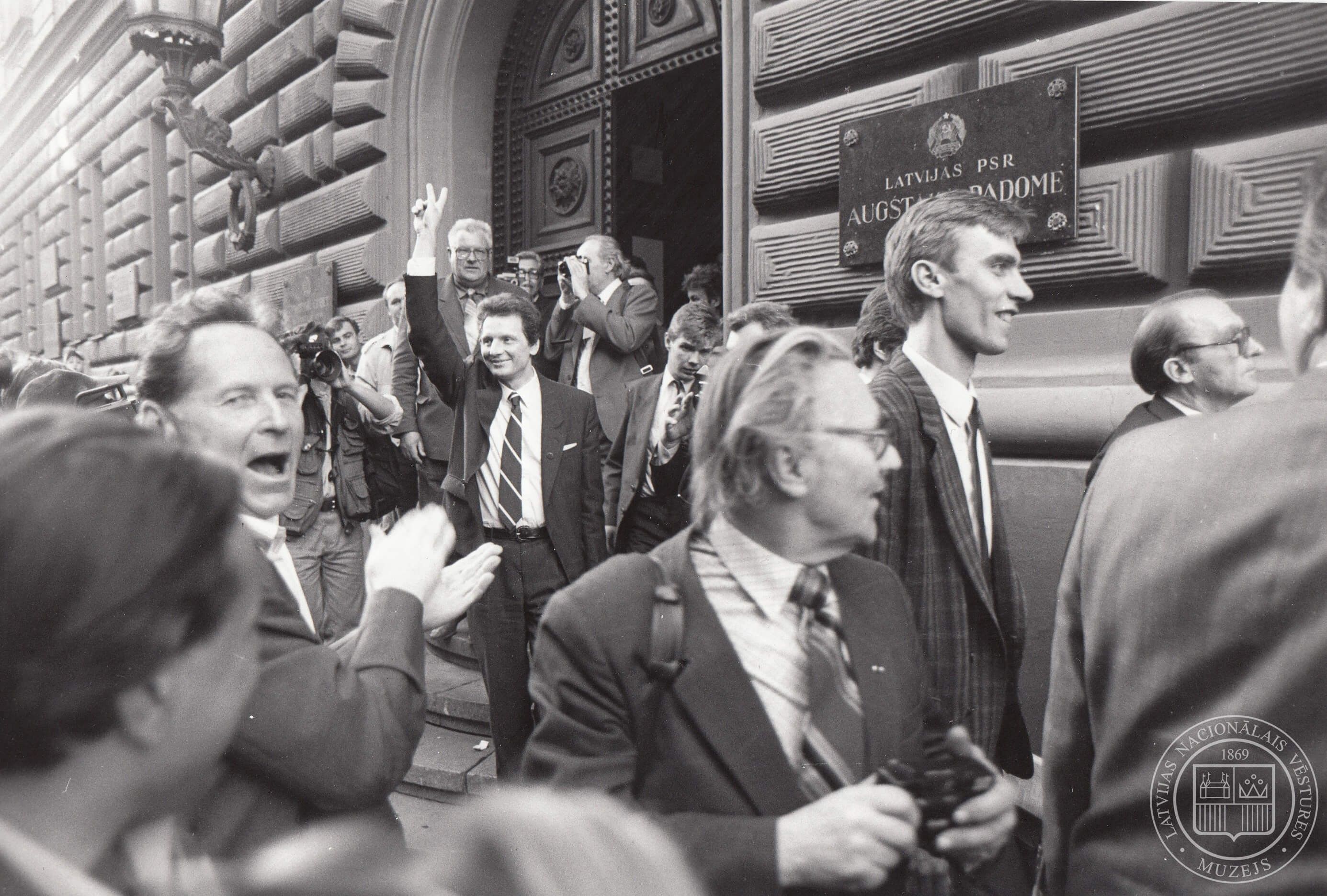 On May 4, 2020 Latvia marks 30th anniversary of the Restoration of Latvia's Independence.

During World War II, the Republic of Latvia lost its independence. Latvia remained under the Soviet occupation even after the end of the war; the Soviet political and socio-economic model was imposed on the people of Latvia. Despite extensive repressions and ideological "processing" of the Latvian people by the occupation regime, the longing of the Latvian people for independence could not be eliminated. As soon as it became possible, the Latvian people launched targeted restoration of independence, and in this process (also called the 'Third-Awakening' or the 'Singing Revolution'), the adoption of the Declaration of Independence on 4 May 1990 played a significant role. Read more: Find out what is Declaration of Independence of 4 May (pdf)

Declaration of the Supreme Council of the Latvian Soviet Socialist Republic on the Restoration of the Independence of the Republic of Latvia | saeima.lv

Dainis Īvāns: From the 4th of May to the 18th of November

Article by National History Museum of Latvia | "Restoration of the Republic of Latvia. 1987-1991".

Documentary by director Askolds Saulītis "The Path to the Baltic Freedom" (with subtitles in English) | filmas.lv.

Article "The role of Latvian Radio journalists during the National Awakening" | eng.lsm.lv

To Celebrate the 4th of May, Create a Festive Mood at Home, Make a Window Decoration and Read up About the Events of the Re-awakening

Due to the current Covid-19 state of emergency, this year the holiday will be different. We will not gather at public events and celebrate with a wide range of friends and relatives, but we do have an opportunity to create a special holiday greeting in our windows to delight our neighbours and to use this time to read up about the events of the Re-awakening. 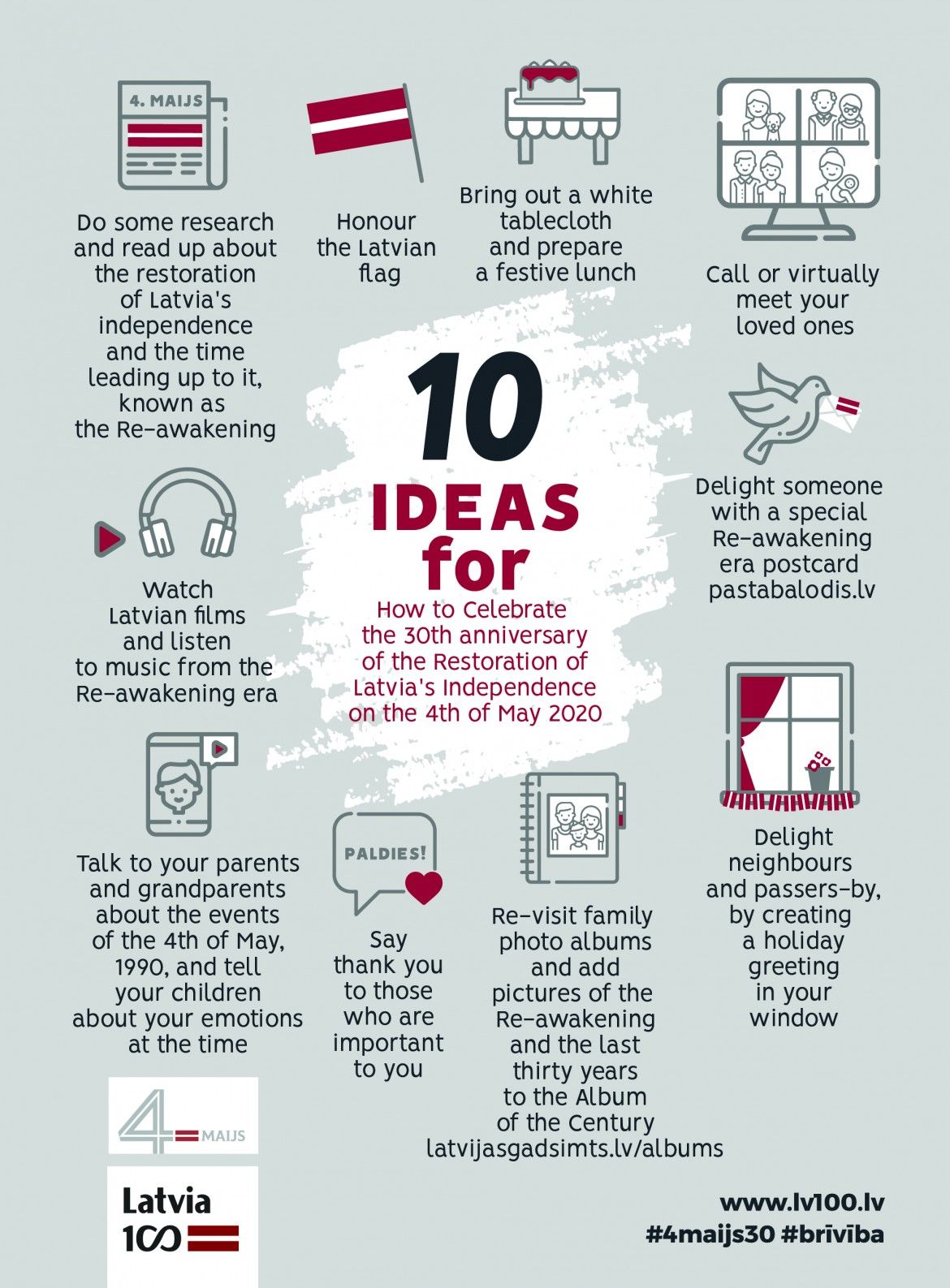 Created and done by: Various organizers