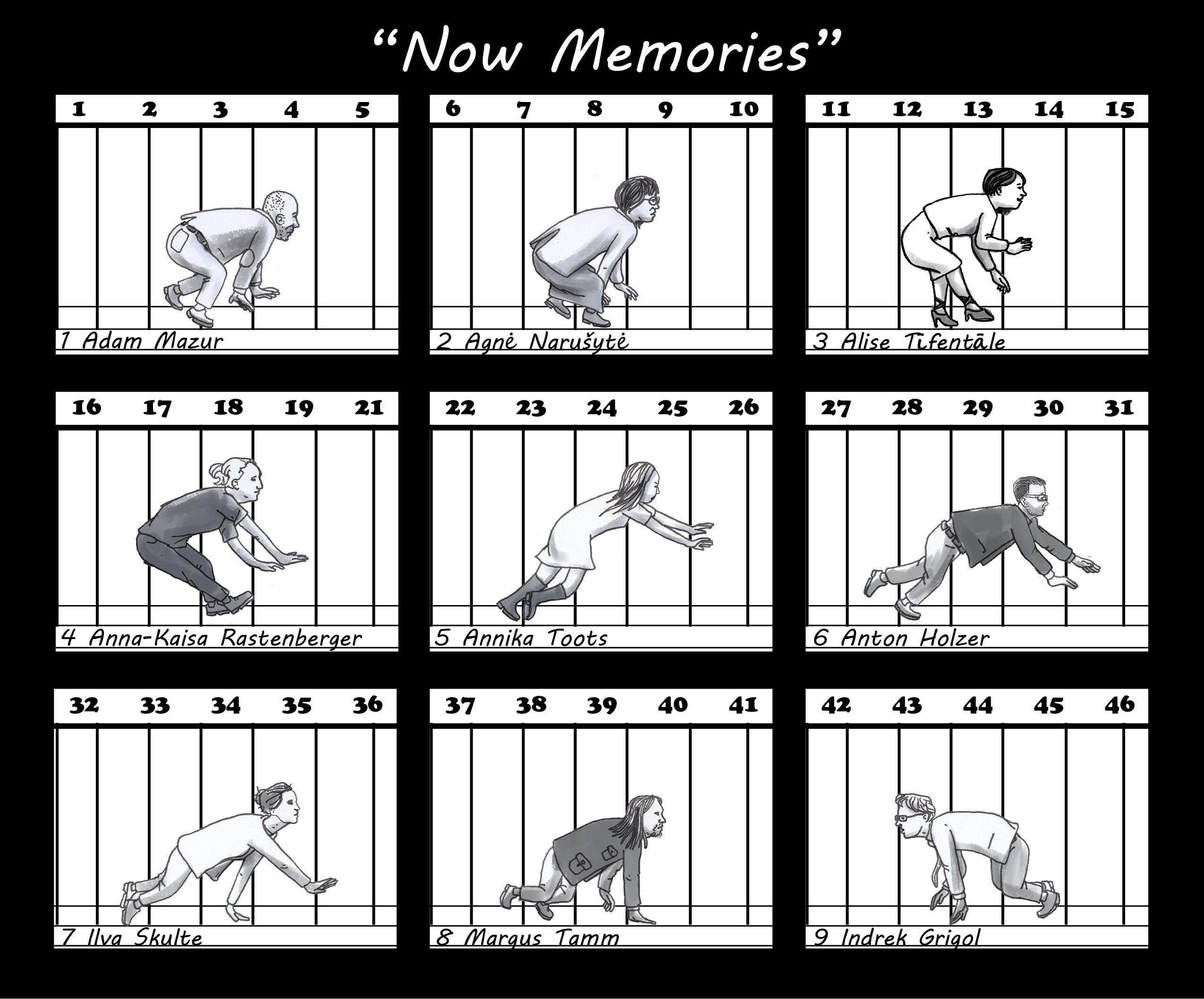 Within the framework of the Riga Photography Biennial 2018, the Symposium Now Memories will take place in Riga Art Space at April 13 and 14.

The symposium Now Memories brings together a selection of researchers – some of whom have themselves contributed to the writing of the history of photography – to show, through a selection of case studies, how the history of photography has been written. Of special interest is the stuff of which history is made. First of all, the question of who holds the power and by what means is it gained to determine the authors whose works get mentioned in the history books, and why? E.g. why do exhibitions have such a modest role in art history? And would the history change if we were to include exhibitions and give them more prominence in the writing of it? How far has the slow but persistent inclusion of photography into established art history changed the perception and self-image of photography, especially after the digital turn?

Austrian photography historian Anton Holzer will give a brief overview of the changes that have taken place in the history of writing about the history of photography. For example, how does the idea of nationality change the perception of history? It would be naive to think that the political, social and national context in which images are being collected, archived and published does not affect their meaning, says Holzer. That is true when one is writing the world history of photography as much as when Europe is in focus, or a particular country. However much as we would like to think about a photograph as a document with objective value, the practice proves that the origin of the historian is as crucial as that of the photographer and the place where the image was taken.

Especially in small societies like the Baltic States, the power over history is often not even held by an institution, it’s more often in the hands of a single person. This is due to the smallness of the research field as well the lack of readers. It is a justified question: how many histories of photography can for example Latvia or Estonia afford at all? But this kind of monopoly is not without its side effects. Not only is there a monopoly, but when the one wielding power for whatever reason quits, there is nobody to follow. In this respect the symposium focuses on two authors. In her presentation Latvian media researcher Ilva Skulte will take a look at the magazine Foto Kvartals which was founded in 2006 and till 2010 edited by Alise Tīfentāle, who has since become a leading Latvian photography historian and theoretician, with – partly thanks to extended studies in the United States –  remarkable international recognition.

The second example comes from Estonia. Writing the history of Estonian photography has been, so far, pretty much the project of one man, Peeter Linnap. An artist, curator, legendary teacher, journalist and critic, in 2016 he published the History of Estonian Photography. And before that – alongside countless magazine articles – an all-encompassing theory of photography titled Photology (2008), not to mention the World History of Photography (2013). Linnap’s strategies as an author will be examined by one of Estonia's most insightful critics, Margus Tamm.

Lithuanian photography historian and theoretician Agnė Narušytė will examine the changing status of photography after the (re)writing of its history, a process in which Narušytė herself has been intensely engaged. Having written the history of Lithuanian photography, she has in her recent research focused on the intermediary states of photography when it documents performative, conceptual, relational art and its other temporary forms, meanwhile itself aspiring to the status of art. This also affects the artistic practice of photography, which becomes self-conscious, avoids its “essential” task of recording the fleeting moments of reality and emphasizes its in-betweenness, its architectural, musical, theatrical, cinematographic qualities.

The latter development became obvious also at the Estonian Saaremaa Biennial (1995) which was not a milestone but rather a singular event, and not only for the history of Estonian photography, but for Estonian art in general. At around the same time that the biennial was on there were several displays of Baltic and Estonian photography circulating in Europe – one of which also reached the United States. But while the Saaremaa Biennial as a manifestation of the importance of contemporary theoretical artistic thought is something that everybody knows about, then the exhibitions of Estonian photography aboard in the early 1990s have so far not been investigated at all. Estonian researcher Annika Toots gathered for the symposium as much as there is to describe the image we were trying to export.

The role of institutions in the writing of history will be covered by a very renowned trio of researchers. The topic will be opened by Alise Tīfentāle, whose talk will center on the role of exhibitions in photography history. Though very important in current art life, exhibitions are quite often neglected in the processes of art history. Polish photography historian Adam Mazur will present a rather particular case study of how the rigid bureaucracy of the Soviet system created loopholes in its censorship allowing for soft porn to flourish under the title of ‘nude photography’. A contemporary view on the role of the institution the history of in photography will be presented by Finnish researcher Anna-Kaisa Rastenberger. Currently professor at the University of the Arts in Helsinki, she is also Chief Curator at the Finnish Museum of Photography where, among other things, she has researched the changes in the social function of photography and can hopefully answer the question whether and if, and then on what grounds, will museums start to collect selfies.

The symposium is dedicated to the massive three-volume encyclopaedia The History of European Photography 1900-2000, the result of an international research project coordinated by Professor Václav Macek and published by the Central European House of Photography in Slovenia.

The book’s uniqueness lies not only in its scale and ambition to summarize 100 years of photo history in Europe, but first of all in its choice of methods. The studies about each European country were written by experts from the respective countries. (Five of them are participating in the symposium.) Due to that, the book showcases not only differences in history, but also in the ways of writing history.

Despite the uniqueness and the scale of the undertaking – the three volumes together come to around 4000 pages and the publishing process stretched over a period of five years – the book has received very little feedback, especially in the Baltic countries.

Riga Photography Biennial, an international contemporary art event, will take place from 5 April in Riga, Liepāja, Cēsis, Daugavpils and Tartu (Estonia) as part of a wider programme celebrating the centenary of the Republic of Latvia, offering a varied programme of exhibitions, performances, symposium, discussions and masterclasses.

The theme of this year’s Biennial is self-awareness – who we are and who we chose to become in times when social, political and cultural dynamics afford us continuous and new transformation opportunities. The title of the Biennial ‘I Like Your Face’ using face as a metaphor highlights the complex processes involved in the formation of identity and meaning.

Created and done by: Riga Photography Biennial in cooperation with the Association of Culture Institutions of Riga City Council, Riga Art Space and Embassy of Finland and Estonian Embassy in Riga